We had all hoped that we would save discussions about the future of the monarchy until well before the reign of the next monarch. While the Queen was still with us, this year could surely be the year we wave flags unchallenged for 70 glorious years of Queen Elizabeth, in which we could commemorate Prince Philip at today’s service without the shadow of controversy.

After the Duke and Duchess of Cambridge’s tour of the Caribbean, Republican fervor was reinvigorated, accompanied by many wise suggestions for future royal generations on how they should get the job done.

It doesn’t matter that the royal couple do the kind of thing constitutional monarchs have done for decades – waving, shaking hands, giving a few boring speeches, then getting back on the plane, having cheered up more people than they can handle. have bored.

As the trip ended, internet trolls were whispering and royal commentators were shaking their heads in dismay. 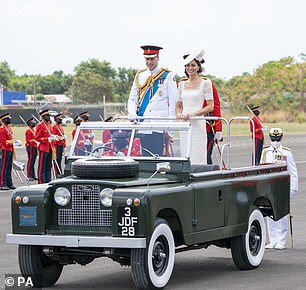 Nostalgia: The Queen and Philip in Jamaica in 1953 and (right) William and Kate in the same car last week

That’s why Prince William decided things had to change: he wants to modernize the monarchy, make it more “agile” and end the age-old royal policy of “never complain, never explain”.

It’s a thoughtful and, in many ways, sympathetic response to the difficulties of the tour, but also a hopelessly misguided response.

William’s grandmother has been such a successful monarch precisely because she never complains and never explains herself. Prince Charles, on the other hand, who complains a lot and wants us to know his views on everything under the sun, alienates as many people as he delights. , almost every time he gives a speech.

It was Charles who once said, “It’s no fun getting shot all the time.”

Yet his critics only took a beating because he used his position as heir to the throne to impose his views – whether on organic farming, architecture or homeopathy.

In 2010 Charles wrote a book called “Harmony” and urged us all to embrace a “revolution” in man’s attitude towards the natural environment. “That’s what drives me,” he said in an accompanying TV series. “I can only imagine somehow that I find myself being born into this position for a purpose.

In fact, he was born into his position as constitutional head of state with no known opinion on anything controversial.

Royalty, like old-fashioned children, is to be seen and not heard. We need to see Kate and William, but they must cultivate the virtue of reluctance. They don’t need to tell us their feelings, much less share their thoughts on it. counts as slavery.

A palace source stressed that William is not critical of the Queen in her efforts to change the monarchy: “He absolutely admires her and has learned so much from her. But he is waiting to see how things will be in 40 years. ‘

None of us know what will happen in a year, let alone in 40! But we can be sure – as long as the monarchy still exists – that critics and Republicans will always be with us, and that if William continues to share his concerns and anxieties, he will only make things worse for himself. 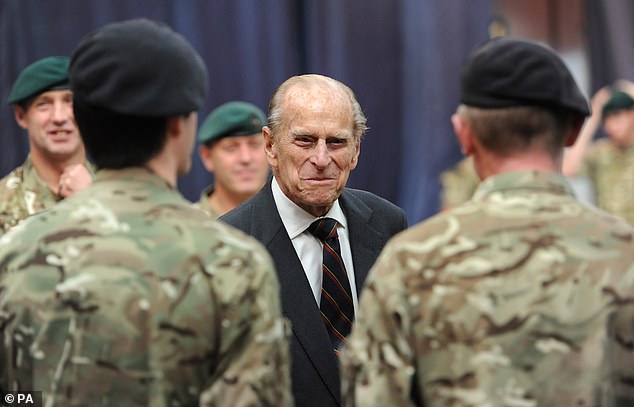 Prince Philip (pictured) was known to regularly put his foot in his mouth, but never felt the need to explain his behavior writes AN Wilson

He has to learn the really hard lesson of not talking. The silence is eloquent. The Duke of Edinburgh used to say he had spent many years practicing the science of ‘dontopedalogy’ – opening his mouth and putting his foot in it. But the truth is that Philip never felt he had to explain his behavior, and there is a deep irony in the fact that William’s statement came on the eve of his grandfather’s memorial service.

Philip, in any case, lived most of his life before the internet age. For William and Kate, to feel they have to ‘explain’ things whenever they are criticized is to invite the trolls to tear them to shreds.

Admittedly, they find themselves in an almost impossible position: they will have been horrified by the reaction to the tour in much of the media and will want to make amends.

Many in their position might be tempted to stay out of the spotlight for a while. Some advisors may even suggest this as a strategy. But you can immediately see how such behavior would be perceived by critics. 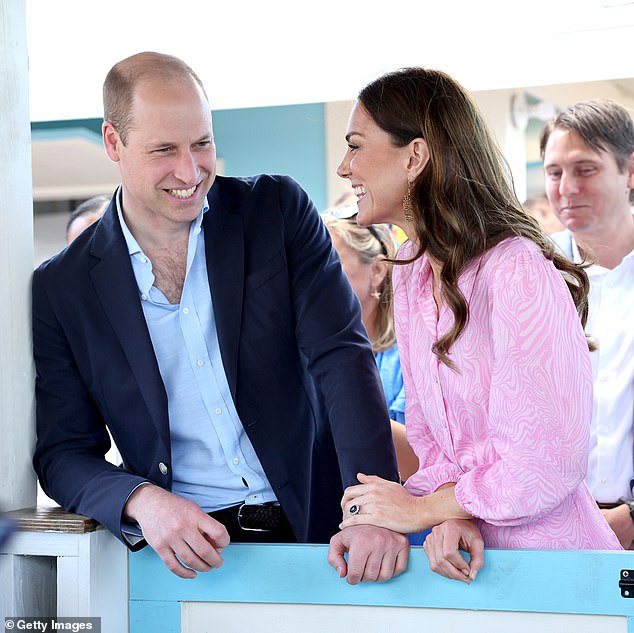 During their royal tour of the Caribbean, the Duke and Duchess of Cambridge were quick to address issues such as the protests or the future relationship the monarchy would have with Commonwealth countries.

Suppose William and Kate felt it would be best to do some of their charity work behind the scenes and limit their royal duties to a few ceremonial appearances each year – at Trooping the Color or laying wreaths at the Cenotaph If that happened , there would be a growing murmur of protest: “What do they think these over-privileged people are doing, hiding in their big houses, and not doing what we pay them to do?

So they can’t scale back their public appearances, which means they have to keep moving around and adapting to a world where, apparently, royals should no longer wear uniforms or drive in open Land Rovers.

But what they don’t have to do is complain or explain themselves. As Robert Hardman wrote in the Mail yesterday, the Queen has endured worse tours during her long reign than those of William and Kate in the Caribbean. In New Zealand in 1986, she and Prince Philip got bombarded with eggs and laughed at – imagine what today’s trolls would have made of it. 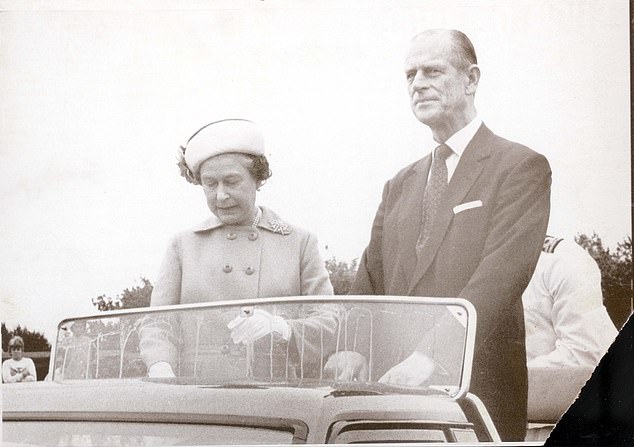 The Queen was hit in the hip with an egg while visiting a gathering of 42,000 schoolchildren in Auckland in 1986 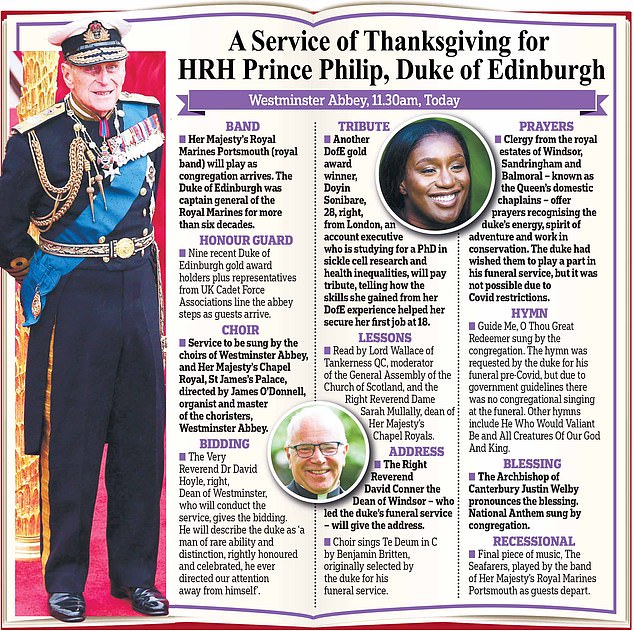 The service will thank the Duke for his dedication to family, nation and Commonwealth and recognize his legacy in creating opportunities for young people, promoting conservation and supporting the armed forces.

Her Majesty never returned to Britain, feeling compelled to tell the world what she thought of the protests. As always, she kept her thoughts to herself. She was brilliant in remaining totally mysterious throughout her long reign. Probably even her ladies-waiting companions and children don’t know what she really thinks on a whole host of issues.

Granted, there are times when she has publicly responded to criticism. Most recently, perhaps, in his “recollections may vary” comment following Harry and Meghan’s interview with Oprah Winfrey. But these interventions are rare, always measured and all the more important for their rarity.

By contrast, William’s statement, released almost before the couple left the Caribbean, seems brash. How many other public grievances will they feel the need to address? Considering the torrent that pours out of his brother’s house in Montecito, there may be no limit.

Hopefully William grows into his role. Unless we’ve all misinterpreted them, he and Kate are clearly well-meaning, decent people, smart enough to learn from experience and find a way to be monarchs in anti-monarchy times.

For every incident where they seem to have blundered, there will be dozens when their arrival at a school, hospital or sporting event has energized everyone they met – and reminded us how much any alternative would be. worse.

This is the strongest card in the monarchy. Think of a president. Think about the kind of person we would have. Ask yourself, if you were a member of the England rugby team, would you rather have Kate visit you in a tracksuit, with her beaming smile, or a has-been politician?

If you were a sick child in the hospital, what would you enjoy more: having Prince William holding your hand or opening your eyes and seeing President Blair’s face?

It’s a thought that will encourage us all to start singing God Save the King.