The Queen’s diary is ‘under review’ as she ‘accepts the frailties of a long life to catch up with her’: Her Majesty, 95, will still attend public events but her appearances will be ‘significantly reduced’

By Rebecca English Royal Editor for the Daily Mail

The Queen’s diary is ‘under review’ and she is unlikely to undertake major public engagements such as the Investitus again.

Sources point out that the 95-year-old monarch is not ill and is “as committed to her state duties as ever”.

But top royal aides – as well as the Queen herself – are said to have accepted that the “frailties that come with a long life” are finally catching up with her.

She will still attend public events where possible, but her appearances will be significantly reduced This means standing is banned for an hour and she will be led by the Prince of Wales, the Duke of Cambridge and the Princess Royal. in place.

Sources point out that the 95-year-old monarch is not ill and is “more engaged than ever in her state duties”.

A source told the Daily Mail: “The Queen is still as alert, capable and interested as ever but physically she is not as strong as she once was which is completely understandable for a woman about his age.”

Buckingham Palace declined to comment, however a royal source said: ‘The Royal Family understands the important role investitures play in recognizing service and celebrating people’s contribution to society and there has been a real willingness to catch up with the backlog created by Covid restrictions.

“The Prince of Wales, the Princess Royal and the Duke of Cambridge have led the charge. It’s easy to envision them continuing in this vein, but I wouldn’t rule out Her Majesty making smaller or one-off investitus. “

The news comes after the elderly monarch was forced to step down from Commonwealth Day service today.

On Friday, Buckingham Palace, which earlier in the week had always insisted she “hoped” to be there, announced it had asked the Prince of Wales to represent her at Westminster Abbey.

The Queen, who has suffered a series of debilitating health problems since last autumn and is increasingly using a cane, was extremely “regretted” by the decision in what would have been her first public appearance since last October.

Buckingham Palace had said it hoped to attend three significant events in March – the annual diplomatic reception, which was canceled following the war in Ukraine, the Commonwealth Day service and the Service of Thanksgiving for her late husband at Westminster Abbey in March. 29.

The Mail understands the Queen – who also contracted Covid last month – is still determined to attend the Duke of Edinburgh’s service and may even be ‘pacing herself’ in public so she can do so. 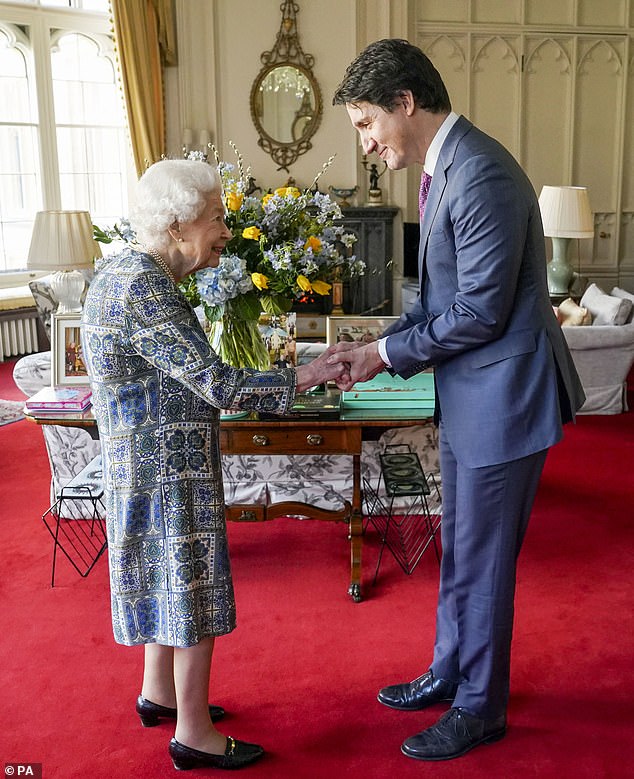 The Mail understands the Queen – who also contracted Covid last month – is still determined to attend the Duke of Edinburgh’s service and may even ‘calm down’ in public so she can do so. Pictured: The Queen and the Canadian Prime Minister Justin Trudeau on March 7 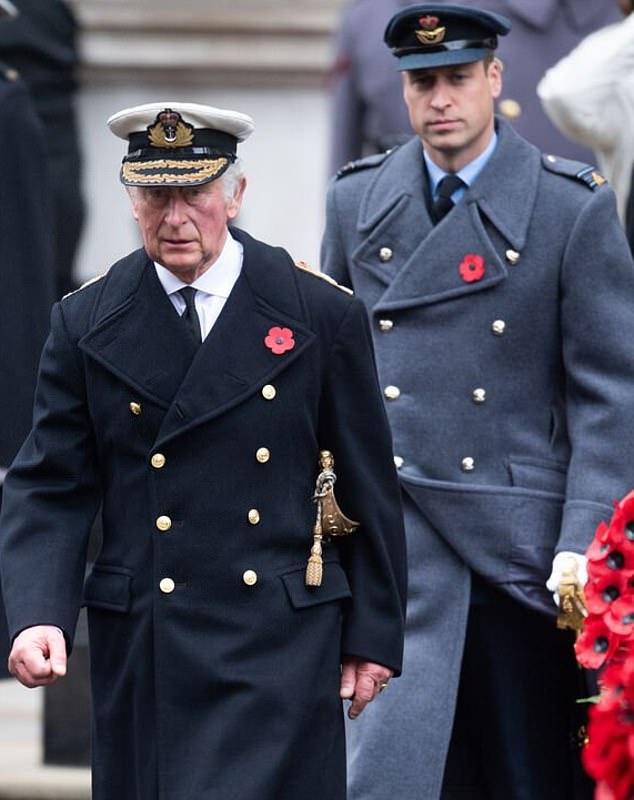 Hour-long public investitus have ended and they will be led by the Prince of Wales, the Duke of Cambridge and the Princess Royal instead.

Mr Trudeau and other sources said she was in good health and not using her cane. Another source who saw her at Sandringham last month confirmed that she appeared ‘bright, alert and walking relatively unhindered.” like any woman of her old age, the queen has “good days and not so good days, as you would expect”.

It was claimed yesterday that she has not been able to walk her dogs in Windsor for the past six months, although sources have pointed out that she has been out on the estate.

And The Mail on Sunday revealed courtiers were worried enough to discuss whether she would be mobile enough to attend Philip’s memorial, which will inevitably bring into question the Queen’s attendance at the June celebrations to mark her Platinum Jubilee. 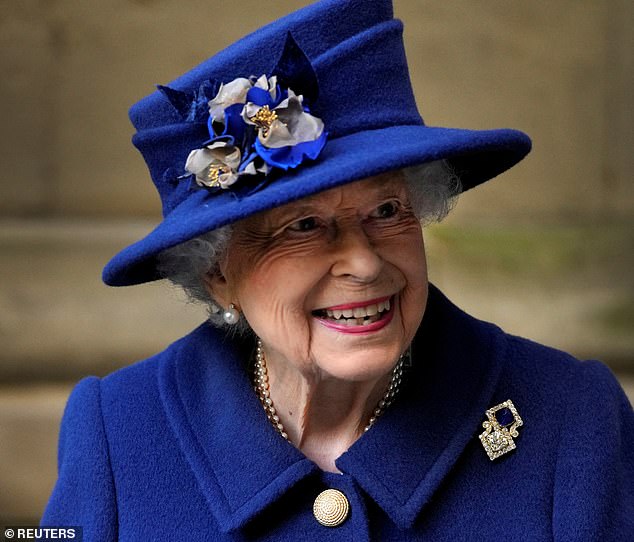 And The Mail on Sunday revealed courtiers were concerned enough to discuss whether she would be mobile enough to attend Philip’s memorial, which will inevitably call into question the Queen’s ability to take part in the June celebrations to mark her Platinum Jubilee. (picture file)